How much did a ticket to a Regency ball really cost?

While researching my posts about the Bath Assembly Rooms, I found a list of subscription rates in a contemporary guide. (1) I discovered that a season’s entry to the 28 dress balls being held in the 1815 season cost 14 shillings per person, a gentleman’s annual subscription to the reading and card room cost a guinea and a lady’s subscription to the card assemblies cost five shillings. Tea on ball nights cost an additional sixpence.

But what was a guinea? Was it worth more than 14 shillings? Was sixpence really the trivial sum that I assumed it to be? And how much would this be in today’s money?


The main denominations were pounds, shillings and pence.

There were 12 pence or “d” in a shilling. The “d” stood for denarius, a small Roman coin.

A crown was worth five shillings; a half-crown, two shillings and sixpence.

The value of a guinea varied according to the price of gold, but by 1815, its value was fixed at 21 shillings.

This tells us that a gentleman’s annual subscription to the card room cost half as much again as a single person’s entry to all the dress balls for the season, but gives no indication of what amount this was in today’s money.

What would it cost today? 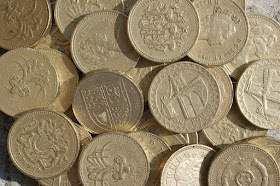 This is not a straightforward question to answer as there are many factors involved in translating prices from one time period to another. Not only prices, but income levels have changed. What seems like a small monetary value to us could represent a huge proportion of someone’s income back in 1815.

I have found the MeasuringWorth website (2) very helpful in understanding the relative values of commodities and incomes from the Regency period compared with today. They have researched alternative ways of comparing relative worth between different time periods and have used historic data to create calculators to enable us to compare the cost of something in 1815 with today’s prices.


When Regency prices or incomes are quoted in books, a second figure is often included representing the amount 'in today’s prices'. This comparative amount is typically based on the retail price index (RPI). The RPI, or cost-of-living index, compares the cost of purchases of a typical household in 1815 with the cost in 2015. It is possible to get an idea of what something would have cost in today’s money by using this measure.

The RPI gives us the following values:

Gentleman’s annual subscription to the card and reading room: 1 guinea = £70.14.

Though interesting, these results are not as helpful as they could be, because they do not give any indication as to whether these sums were within a person’s means or not. 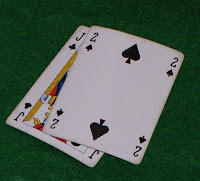 What was the real cost?


To include a measure of affordability, it is necessary to look at relative earnings. This is important because average wages today are higher than in 1815. For example, a teacher in 1815 would have earned about £51. (3) Using the RPI calculator, this would be £3,410 in 2015. However, the relative salary of a teacher in the UK today is much higher than in 1815, with a starting salary in excess of £22,000 (4).

The MeasuringWorth website uses average earnings to calculate an alternative relative value. Compared to an average 2015 salary, the relative values are now:

Gentleman’s annual subscription to the card and reading room: 1 guinea = £767.80. 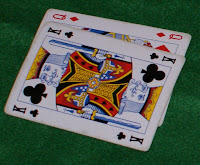 So how much did a Regency ball really cost?


A subscription to the dress balls at the Upper Rooms in Bath in 1815 cost 14 shillings, equivalent to 6 pence per ball. This represents about £1.67 in today’s money. However, I believe that the average earnings indicator can give us the best idea of the real cost, and this measure gives us a price of about £18 per ball. This seems surprisingly inexpensive, though the price is doubled when you include the cost of tea.

However, two things should be borne in mind. Firstly, this price was only available if you took out a subscription for the season; a ticket to a single ball for a non-subscriber cost five shillings, equivalent to a massive £182.80! The second is that the relative earnings calculator is based on average earnings. How affordable these things really were would have depended on an individual’s personal circumstances.

Rachel Knowles writes faith-based Regency romance and historical non-fiction. She has been sharing her research on this blog since 2011. Rachel lives in the beautiful Georgian seaside town of Weymouth, Dorset, on the south coast of England, with her husband, Andrew.
Find out more about Rachel's books and sign up for her newsletter here.

Notes
(1) From Feltham, John, Editor of the Picture of London, A Guide to all the Watering and Sea-bathing Places (1815).
(2) All calculations from MeasuringWorth.com.
(3) Salary details from Jeffrey G. Williamson, "The Structure of Pay in Britain, 1710-1911", Research in Economic History, 7 (1982), 1-54.
(4) Teacher salaries from Department of Education website.

Sources used include:
Feltham, John, Editor of the Picture of London, A Guide to all the Watering and Sea-bathing Places (1815)
Williamson, Jeffrey G, "The Structure of Pay in Britain, 1710-1911", Research in Economic History, 7 (1982)