Beau Brummell was famous not only for his elegance in dress, but also for his wit. He loved to play practical jokes and took great pleasure in confounding his audience by saying something unexpected and making them laugh at his absurdities. Often he used his wit to depress pretension. Many quotes and anecdotes about the Beau exist. I expect that most of them are true though some may simply be stories that grew up or were invented by the Beau to entertain.

‘Who’s your fat friend?’ is one of the most often quoted remarks made by Beau Brummell – a comment made of his erstwhile patron, the Prince Regent before Brummell had fallen out of favour. Brummell’s biographer, William Jesse, described the scenario:


The Prince, leaning on Lord Moira’s arm, met Brummell and Lord Alvanley, coming in the opposite direction, and, probably with the intention of making the cut more evident, His Royal Highness stopped and spoke to his Lordship, without noticing the Beau – little thinking that he would resent it; great therefore must have been his surprise and annoyance, as each party turned to continue their promenade, to hear him say in a distinct tone, expressive of complete ignorance of his person, ‘Alvanley, who’s your fat friend?’1

Another version of the story suggests that the famous interchange happened at a ball held by Brummell and three friends where the Regent openly ignored his host, leading to the rude rejoinder.

When applying to the Regent for permission to sell out of the army, Brummell replied:

Brummell is reported to have said of the Prince Regent to Colonel McMahon, the Prince’s private secretary: ‘I made him what he is, and I can unmake him.’3

4: Lack of respect for Mrs Fitzherbert


When desired by the Regent at a ball at Lady Jersey’s to call her [Mrs Fitzherbert’s] carriage, he [Brummell] obeyed, but in doing so, substituted the word mistress for the usual one of Mrs and laid a strong emphasis on the insulting epithet.4


There was at that time a burly porter at Carlton House, nicknamed ‘Big Ben’, who was so tall that he could look over the gates, and as the Regent was then increasing in size, Brummell often designated the master, by the appellation of the servant – and Mrs Fitzherbert, by that of ‘Benina’.5

6: A note on the Prince’s lack of propriety

After Brummell’s flight to France, his possessions were sold in order to pay his debts. Jesse wrote:


Amongst them was a very handsome snuff-box, which, on being opened by the auctioneer before it was put up, was found to contain a piece of paper with the following sentence, in Brummell’s handwriting, upon it: ‘This snuff-box was intended for the Prince Regent, if he had conducted himself with more propriety towards me.’6

7: On preserving a favourite snuffbox

Whilst George IV was staying in Calais, where Brummell was residing having left England to escape his debts, word was sent to Brummell that the King required some snuff. Jesse wrote:


The Consul came to Brummell late one evening, and intimated that the King was out of snuff, saying, as he took up one of the boxes that were lying on the Beau’s table, ‘Give me one of yours.’‘With all my heart,’ replied Brummell, ‘but not that box, for if the King saw it I should never have it again.’7

8: A snuffbox is not an oyster

When Brummell found that someone had been trying to open a favourite snuffbox of his with a knife, he exclaimed: ‘Confound the fellow, he takes my snuff-box for an oyster.’8

In her memoirs, Harriette Wilson wrote:


‘No perfumes,’ Brummell used to say, ‘but very fine linen, plenty of it, and country washing.’9

10: A tailor’s opinion of Brummell

A baronet went to Schweitzer for a coat and asked his tailor what cloth he recommended. ‘Why, Sir,’ said the artiste, ‘the Prince wears superfine, and Mr Brummell the Bath coating; but it is immaterial which you choose, Sir John, you must be right; suppose, Sir, we say Bath coating - I think Mr Brummell has a trifle the preference.’10

Brummell asked Lord ___ what he called those things on his feet. ‘Why shoes,’ he replied. ‘Shoes, are they?’ said Brummell doubtfully, and stooping to look at them, ‘I thought they were slippers.’11

12: The Duke of Bedford’s coat

On another occasion, the Duke of Bedford asked Brummell for an opinion on his new coat.


Brummell examined him from head to foot with as much attention as an adjutant of the Life Guards would the sentries on a drawing-room day. ‘Turn round,’ said the Beau: his Grace did so, and the examination was continued in front. When it was concluded Brummell stepped forward, and feeling the lapel delicately with his thumb and finger, said, in a most earnest and amusing manner, ‘Bedford, do you call this thing a coat?’12

13: Brummell on his brother

When Brummell’s brother William was in town, he was asked if he was not going to see him, Brummell replied:


Yes, in a day or two; but I have recommended him to walk the back streets till his new clothes come home.13

14: On the cost of being fashionable

When asked by a widow lady of fashion how much it would cost for her son to be fashionably dressed, Brummell is credited with replying, in all seriousness:


My dear Madam, with strict economy, it might be done for eight hundred a year.14

Brummell used to say that ‘whether it was summer or winter, he always liked to have the morning well-aired before he got up.’15

‘Come to Brighton, my dear fellow,’ Brummell once said to Cecil Jenkinson, later Lord Liverpool. ‘Let us be off tomorrow; we’ll eat currant-tart, and live in chintz and salt-water.’16

On one occasion, a woman called down to Brummell from her balcony, inviting him up to take tea. ‘Madam, you take medicine, you take a walk, you take a liberty, but you drink tea.’17

18: Brummell on the Lake District


An acquaintance having, in a morning call, bored him dreadfully about some tour he had made in the North of England, enquired with great pertinacity of his impatient listener which of the lakes he preferred when Brummell, quite tired of the man’s tedious raptures, turned his head imploringly towards his valet, who was arranging something in the room, and said, ‘Robinson.’
‘Sir.’
‘Which of the lakes do I admire?’
‘Windermere, sir,’ replied that distinguished individual.
‘Ah, yes, - Windermere,’ repeated Brummell, ‘so it is – Windermere.’18

A lady at dinner, observing that he did not take any vegetables, asked him whether such was his general habit, and if he never ate any. He replied, ‘Yes, madam, I once ate a pea.’19 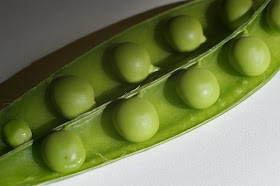 Brummell was taxed with why a matrimonial prospect had failed. ‘Why what could I do, my good fellow, but cut the connexion? I discovered that Lady Mary actually ate cabbage!’20

In her memoirs, Lady Hester Stanhope recalled Brummell once saying to her, in Bond Street:


My dear Lady Hester, it is my folly that is the making of me. If I did not impertinently stare duchesses out of countenance, and nod over my shoulder to a prince, I should be forgotten in a week: and, if the world is so silly as to admire my absurdities, you and I may know better, but what does that signify?21

One day a friend, meeting him limping in Bond Street, asked him what was the matter. He replied, he had hurt his leg, and the worst of it was, ‘it was his favourite leg’.22

Once Brummell had a bad cold, and a friend asked him how he had got it. Brummell replied:


Why, do you know, I left my carriage yesterday evening, on my way to town from the Pavilion, and the infidel of a landlord put me into a room with a damp stranger.23

At an Ascot meeting, early in the day, Brummell walked his horse up a certain lady’s carriage. She expressed her surprise at his throwing away his time on her, or running the risk of being seen talking to such a very quiet and unfashionable person. ‘My dear Lady ___,’ he replied, ‘pray don’t mention it; there is no one near us.’24

Brummell was once offered a lift to Lady Jersey’s ball in the carriage of a young gentleman.


‘Thank you exceedingly,’ replied the Beau, ‘very kind of you, indeed! But pray how are you to go? You surely would not like to get up behind; no that would not be right, and yet it will scarcely do for me to be seen in the same carriage with you.’25

26: Brummell on the horrors of prison

Imagine a position more wretched than mine - they have put me with all the common people. I am surrounded by the greatest villains, and have nothing but prison fare.26


Mr Leigh Hunt in a note, in which he kindly referred me to some anecdotes of Brummell, says, ‘I remember that Lord Byron once described him to me, as having nothing remarkable in his style of dress, except a “certain exquisite propriety”.’27

When Brummell was accused by an angry father of leading his son into a disreputable gambling transaction, Brummell replied:


Really, I did all I could for the young man. I once gave him my arm all the way from White’s to Watier’s.28

There were once two ladies in London who both liked to hold great parties, one called Mrs Thompson and the other, Mrs Johnson. Jesse wrote:


Sometime after the Beau’s quarrel with the Prince, the former lady [Mrs Thompson] gave a splendid ball, at which His Royal Highness had signified his intention of being present; it is therefore scarcely necessary to add, that Brummell was not included in the list of invitations. On the evening of the entertainment, however, while Mrs Thompson was waiting in her ante-room, supported by a bevy of intimate friends, in momentary expectation of the arrival of her royal guest, and exulting in the completeness of all her preparations – the Beau, to her ineffable surprise and disgust, made his appearance, and his best bow. Justly indignant at this outrage, she informed him, with as much coolness as she could command, that he was not invited.
‘Not invited, Madam! Not invited!’ said Brummell, in his blandest tones, ‘surely there must be some mistake,’ and leisurely feeling in all his pockets to prolong the chances of the Prince’s arrival, and therefore her misery, he at last drew forth an invitation card, and presented it to the incensed lady.
She took it, and saw at a glance it was not her own card, but that of her rival in the East, and haughtily throwing it from her, in a climax of vexation and anxiety to get rid of him, said,‘That card, sir, is a Mrs Johnson’s; my name is Thompson.’
‘Is it indeed?’ replied Brummell, perfectly cool, and affecting the most innocent surprise, ‘Dear me, how very unfortunate! Really, Mrs Johns – Thompson, I mean, I am very sorry for this mistake; but you know, Johnson and Thompson – and Thompson and Johnson, are really so much the same kind of thing.’29

Once when Brummell was dining at a gentleman’s house in Hampshire, the champagne was far from good. Brummell waited for a pause in the conversation and then raised his glass and said, in a voice loud enough for everyone to hear, ‘John, give me some more of that cider.’30