25 Quotes from Pride and Prejudice

I compiled this list of my favourite quotes from Pride and Prejudice to celebrate the 200th anniversary of its publication on 28 January 2013. I limited myself to twenty-five, but I find the book so quotable that I could have found many more!

I will start with the famous opening line that is quoted so often:

1. It is a truth universally acknowledged, that a single man in possession of a good fortune must be in want of a wife. 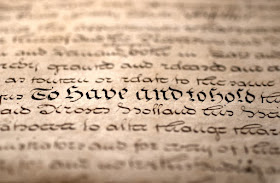 2. “You mistake me, my dear. I have a high respect for your nerves. They are my old friends. I have heard you mention them with consideration these twenty years at least.” Mr Bennet to Mrs Bennet

3. “She is tolerable, but not handsome enough to tempt me; and I am in no humour at present to give consequence to young ladies who are slighted by other men.” Mr Darcy of Elizabeth Bennet

4. “I have been meditating on the very great pleasure which a pair of fine eyes in the face of a pretty woman can bestow.” Mr Darcy

5. “I wonder who first discovered the efficacy of poetry in driving away love!” Elizabeth Bennet

6. “About a month ago I received this letter; and about a fortnight ago I answered it, for I thought it a case of some delicacy, and requiring early attention.” Mr Bennet

7. “Can he be a sensible man, sir?”
“No, my dear; I think not. I have great hopes of finding him quite the reverse. There is a mixture of servility and self-importance in his letter, which promises well. I am impatient to see him.” Conversation between Elizabeth Bennet and Mr Bennet about Mr Collins

8. “That will do extremely well, child. You have delighted us long enough. Let the other young ladies have time to exhibit.” Mr Bennet to Mary Bennet

9. The idea of Mr Collins, with all his solemn composure, being run away with by his feelings, made Elizabeth so near laughing that she could not use the short pause he allowed in any attempt to stop him farther.

11. “Happiness in marriage is entirely a matter of chance.” Charlotte Lucas

12. “A little sea-bathing would set me up for ever.” Mrs Bennet

13. “If I had ever learnt, I should have been a great proficient. And so would Anne, if her health had allowed her to apply. I am confident that she would have performed delightfully.” Lady Catherine de Bourgh

14. “My fingers,” said Elizabeth, “do not move over this instrument in the masterly manner which I see so many women’s do. They have not the same force or rapidity, and do not produce the same expression. But then I have always supposed it to be my own fault – because I would not take the trouble of practising.” Elizabeth Bennet

15. “In vain have I struggled. It will not do. My feelings will not be repressed. You must allow me to tell you how ardently I admire and love you.” Mr Darcy to Elizabeth Bennet

16. "You are mistaken, Mr Darcy, if you suppose that the mode of your declaration affected me in any other way, than as it spared me the concern which I might have felt in refusing you, had you behaved in a more gentlemanlike manner.” Elizabeth Bennet

17. “Where does discretion end, and avarice begin?” Elizabeth Bennet to her Aunt Gardiner

18. “There certainly was some great mismanagement in the education of those two young men. One has got all the goodness, and the other all the appearance of it.” Elizabeth Bennet of Mr Darcy and Mr Wickham

19. “No, Lizzy, let me once in my life feel how much I have been to blame. I am not afraid of being overpowered by the impression. It will pass away soon enough.” Mr Bennet

20. “Well, well,” said he, “do not make yourself unhappy. If you are a good girl for the next ten years, I will take you to a review at the end of them.” Mr Bennet to Kitty Bennet

21. “I take no leave of you, Miss Bennet. I send no compliments to your mother. You deserve no such attention. I am most seriously displeased.” Lady Catherine de Bourgh

22. Mr Bennet: “For what do we live, but to make sport for our neighbours, and laugh at them in our turn?”
"Oh!" cried Elizabeth, "I am excessively diverted. But it is so strange!"

23. “After abusing you so abominably to your face, I could have no scruple in abusing you to all your relations.” Elizabeth Bennet to Mr Darcy

24. “Will you tell me how long you have loved him?”
“It has been coming on so gradually, that I hardly know when it began. But I believe I must date it from my first seeing his beautiful grounds at Pemberley.” Elizabeth Bennet to Jane Bennet about her love for Mr Darcy

25. “I am the happiest creature in the world. Perhaps other people have said so before, but no one with such justice. I am happier even than Jane; she only smiles, I laugh.” Elizabeth Bennet