Stourhead is a Palladian mansion with beautifully landscaped gardens situated near Mere in Wiltshire.


The Stourton estate was bought by the banker, Henry Hoare, in 1717. He replaced the existing manor house with a Palladian mansion and christened it Stourhead. His son, also called Henry Hoare, was responsible for landscaping the gardens.


In 1902, the central section of the house was completely gutted by fire and Sir Henry Hugh Arthur Hoare oversaw its restoration. In 1946, after his only son was killed in the war, Sir Henry gave Stourhead to the National Trust in order to keep the estate intact.


Henry Hoare was a partner in Hoare’s Bank, which his father, Sir Richard Hoare, had founded in 1672. He bought Stourton manor in 1717 and replaced the existing building with a Palladian mansion designed by Colen Campbell which he renamed Stourhead.


Henry married his cousin Jane and had 11 children. His two surviving sons, Henry and Richard, succeeded him in the bank. He increased his wealth by successful speculation, especially in South Sea Company stock.

Henry was known for his philanthropy to the poor which gained him the nickname ‘Good Henry’.


Henry’s eldest son, also called Henry, inherited the estate in 1725, just after the house was completed. He became a partner in Hoare’s bank in the same year, at the age of 19, a position he held for the rest of his life. Henry was MP for Salisbury (1734-41).

In 1726, Henry married Anne Masham but she died a year later leaving a daughter who did not live to adulthood. He remarried in 1728 and had five children with his second wife, Susan Colt. Sadly, two of his three sons died in infanthood and the other in his early twenties. His younger daughter Anne married her first cousin, Richard Hoare, but also died young. Their son, Richard Colt Hoare, inherited his grandfather’s estate.


After the death of his second wife, Henry devoted himself to Stourhead. He dammed the River Stour to create an ornamental lake and commissioned Henry Flitcroft to design buildings around it – the classical temples of Flora (1745) and Apollo (1765) and the Pantheon (1753-4). The sculptor John Michael Rysbrack worked at Stourhead and his Hercules (1756) is in the Pantheon. Other features added include the Stone Bridge, a cascade, the Grotto and the Hermit’s Cave. When they were finished, the gardens attracted numerous visitors and were widely admired.


Henry was a prolific collector and acquired many works of art which he displayed at Stourhead. He gained the nickname ‘Henry the Magnificent’.


Richard Colt Hoare married Hester Lyttelton in 1783 and they had a son, Henry, the following year. In August 1785, Hester died. The following month, Henry’s grandfather died and he inherited the Stourhead estate on condition that he left the bank. Deprived of both wife and career, Richard went on a Grand Tour over the next six years, keeping detailed diaries of his travels.


Richard returned home and spent the next forty years developing the house and gardens at Stourhead. He was a keen antiquarian and spent many years researching the history of Wiltshire, amassing a huge collection of books and drawings. He also collected many works of art and he added two wings to Stourhead to hold his collections – the Library at one end and the Picture Gallery at the other. Thomas Chippendale the Younger made furniture for these and other rooms at Stourhead. These were the only rooms to escape the fire of 1902.

• The Palladian exterior of Stourhead designed by Colen Campbell

• A Canaletto (under cover in the library)


• Wedgwood pots on the mantelpiece in the Picture Room 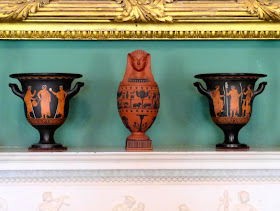 • Sarcophagus-shaped planters in the Picture Room 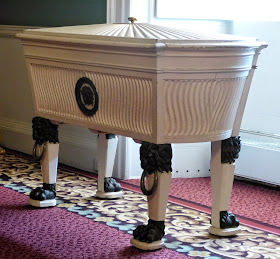 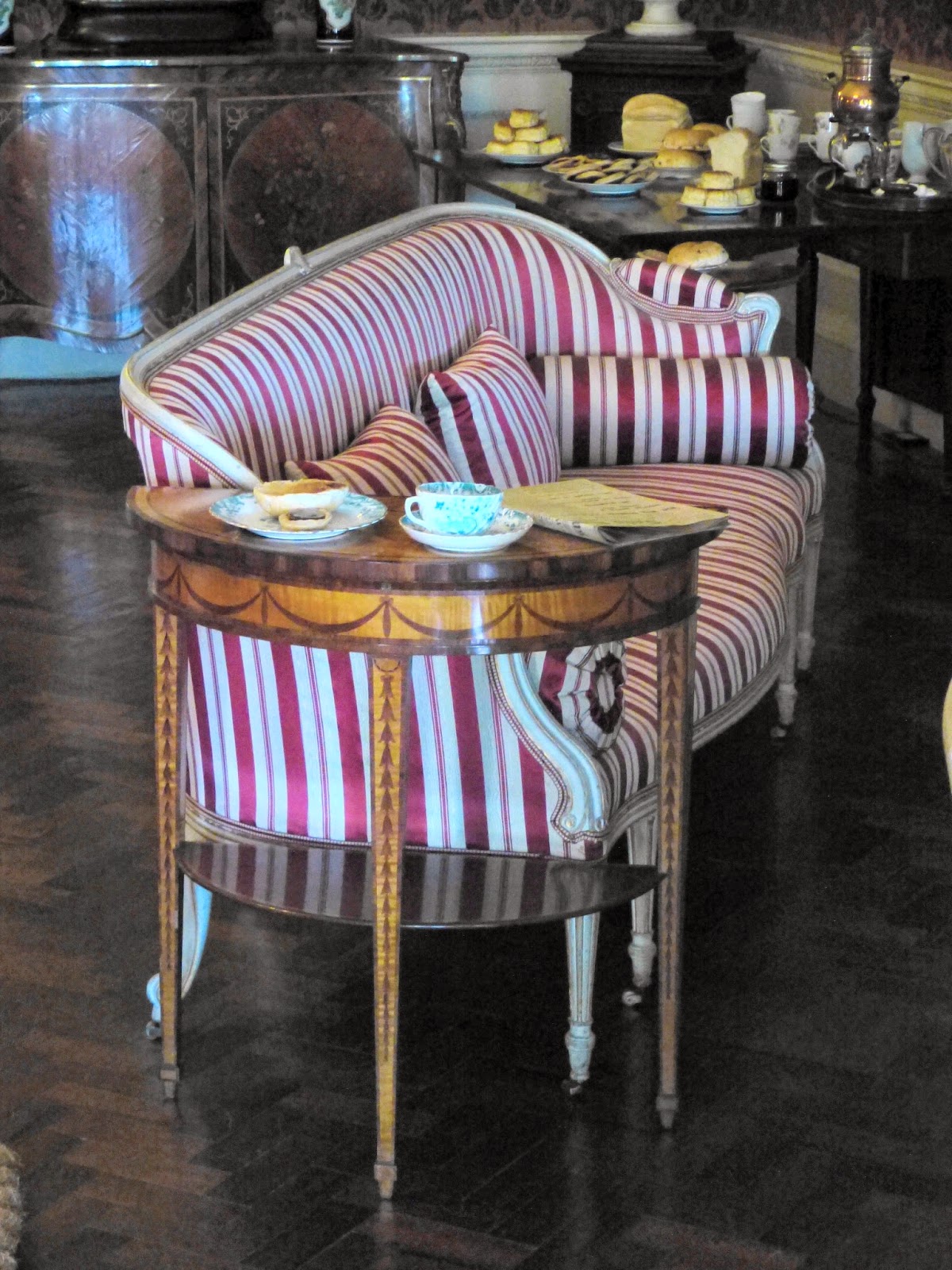 • Ornamental buildings around the lake designed by Henry Flitcroft – the Temples of Flora and Apollo and the Pantheon. 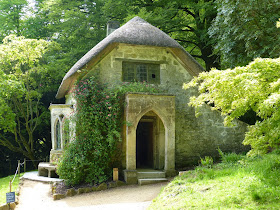