What is the haut ton?


If you read a Georgian or Regency romance, there is a very good chance that you will come across the term ‘haut ton’ or simply, ‘ton’. In the first of The Merry Romances, A Perfect Match, set in 1788-9, I refer to the ton in the opening paragraph. I have read so many period romances that talk about the ton that I did not think twice about using the word. Until, that was, my husband, who has not read a great many Regency romances (if any), asked me what it meant. It prompted me to add a glossary to my book! So what does the phrase haut ton or ton mean?

What is the haut ton?

The phrase haut ton is derived from the French and literally means high tone. According to etymology online, the word tone has meant the ‘prevailing state of manners’ since 1735 and ton has referred to the ‘prevailing mode, style, fashionable ways’ since 1769.

Who were the haut ton of Georgian London?

The haut ton or ton, were the fashionable elite of Georgian society. They exhibited the high tone and refined manners which characterised those of good breeding and fortune. They represented that part of society that was able to live in luxury and spend a large amount of their time pursuing pleasure. They were families with rank, connections and wealth.


John Bee’s dictionary of slang of 1823 provided the following definitions:

The haut ton: The highest orders of society, who see life; they are so denominated by the bon-ton and bon-genre, and are all of high breeding and large fortune. Money alone does not confer the haut-titre, nor giving a ball in a fine house; nor commanding a play, nor driving four-in-hand, but these together may constitute haut-ton with very little trouble.

The bon-ton: Highflier Cyprians, and those who run after them; from Bon – good, easy – and ton, or tone, the degree of tact and tension to be employed by modish people; frequently called ‘the ton’ only. Persons taking up good portions of their hours in seeking pleasure, are of the Bon-ton, as stage-actors and frequenters of play-houses, visitors at watering-places, officers, &c &c.

In Paris they are both called le bon genre. The appellation is much oftener applied than assumed. High life, particularly of whoredom: he who does not keep a girl, or part of one, cannot be of the Bon-ton; when he ceases, let him cut. Bon ton – is included in haut-ton, and is French for that part of society who live at their ease, as to income and pursuits, whose manners are tonish, and who, like other divisions of society, employ terms of their own, which rather sparingly they engraft on the best King’s English. Mascul et Fem Terms which denote the ton: ‘The go, the mode, or pink of the mode; bang-up, the prime of life, or all prime; the thing, the dash, and a dasher; quite the Varment – a four-in-hand, a whip, a very jarvy; a swell, a diamond of the first water.’ None can expect to attain perfection in all these, unless he could obtain the same assistance that Faustus had, viz Leviathan; and then he could not begrudge to meet the same end.1

Under his definition for life, John Bee went on to say:

Life: To live joyously, is ‘life’. ‘Seeing life’, is said of the boarding-school miss, when she is first introduced to a ball-room. ‘Going up to town, to see a bit of life’, is a common expression with those who come up to visit the theatres, piazzas, and shows. ‘Life in its varieties’, high and low life, but chiefly a softened expression for the latter.

‘High life’, is properly – living among the great and titled ones. ‘A bit of high life’, would be a visit to Almack’s or the masquerade, and taking a stroll into – a hell.1

He went on to say that:

No two pursuits can differ more than ‘Life' in the several classes of society: with the haut-ton, routs, cards, and up-all-night, constitute 'life’; whereas the cobbler's wife considers no higher enjoyment of life exists, than taking a drop of heavy-wet on a St. Monday with her dear Mr. Lapstone, while he plays at skittles and blows a cloud.1 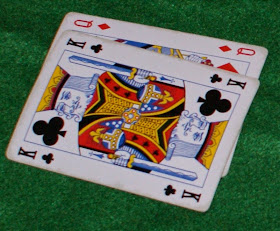 Note
1. Quotes from John Bee's Slang, a dictionary of the turf, the ring, the chase, the pit, of bon-ton and the varieties of life (1823).

Sources used include:
Ackermann, Rudolph and Pyne, William Henry, The Microcosm of London or London in miniature (Rudolph Ackermann 1808-1810, reprinted 1904)
Bee, John, Slang, a dictionary of the turf, the ring, the chase, the pit, of bon-ton and the varieties of life (1823)
The Chambers Dictionary (1998)