On Saturday 12 September, hundreds of Regency and Jane Austen fans gathered at the Assembly Rooms in Bath for the start of the annual Regency-costumed Jane Austen Festival parade. The weather forecast was not the brilliant sunshine we had hoped for and last minute decisions had to be made as to whether to carry an umbrella or not. A heavy shower of rain shortly before the parade was about to begin caught out a few latecomers, but as we poured out of the Assembly Rooms in our Regency outfits, the rain stopped and soon the sun began to shine.

Here is Andrew’s video of the parade:

The earlier rain made the path quite dirty in places and caused more than one person to quote from Pride and Prejudice, likening the experience to Lizzy Bennet walking to Netherfield to see her sister and making her petticoat dirty. Alas that we should have our petticoats “six inches deep in mud!”1
I think we trusted in Mr Bingley’s judgement on our appearance, that we “looked remarkably well” from the exercise and I am sure that almost every onlooker would have agreed with him in saying: “Her dirty petticoat escaped my notice.”1

A little drizzle afflicted us now and again, but most of the parade was completed in the dry. Once in the Parade Gardens, we promenaded around, listening to the band and watching a demonstration of dancing before the rain sent everyone scurrying for shelter.

This is my daughter Abi’s video of the promenaders filling up the Parade Gardens:

There was also a new exhibit in the gardens this year - a camera obscura. This was a small tent with a lens in its roof that enabled moving pictures from the surrounding area to be projected onto the white screen inside the darkened tent. These were very popular in the Georgian and Victorian eras.

Read more about the camera obscura in my September newsletter.

Here are some of Andrew’s photos of the parade: 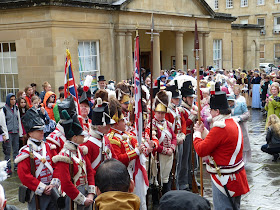 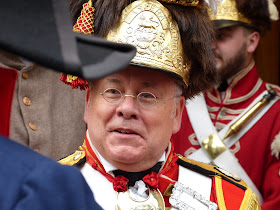 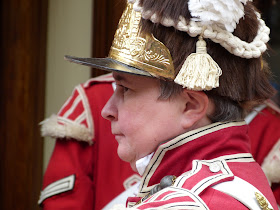 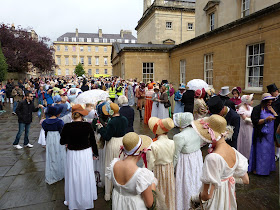 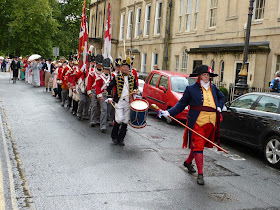 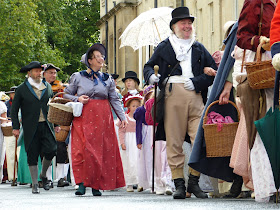 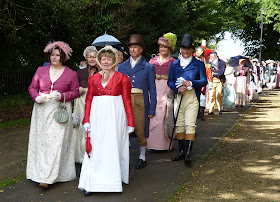 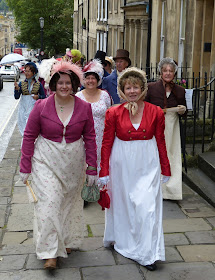 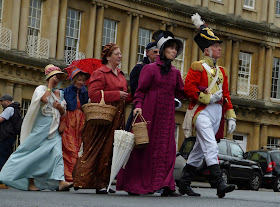 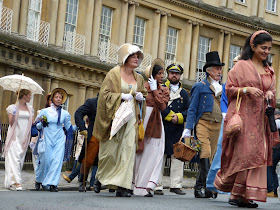 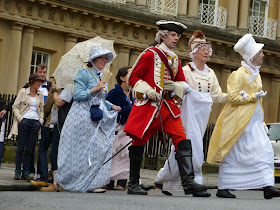 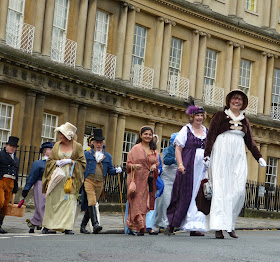 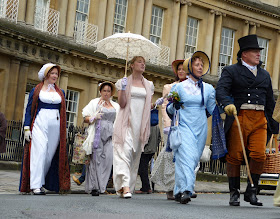 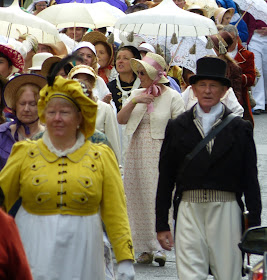 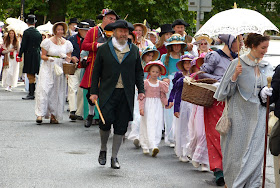 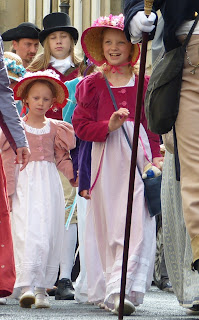 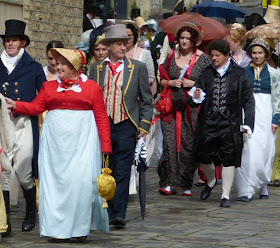 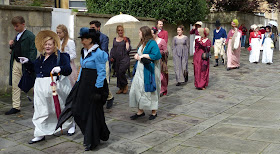 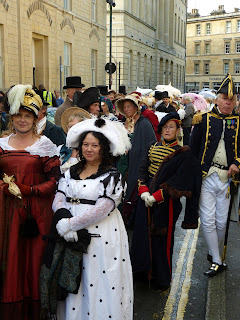 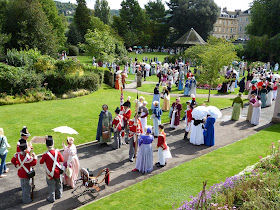 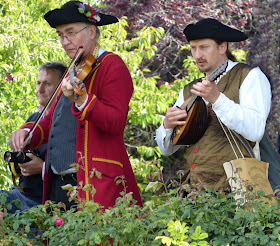 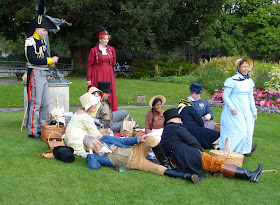 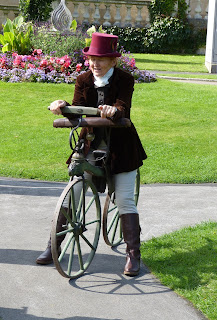 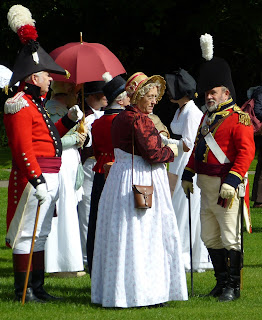 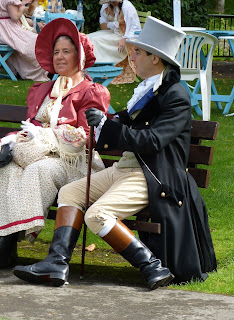 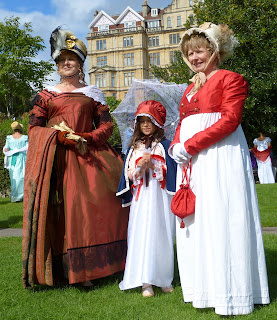 I was back again in Bath on Sunday, reading chapter six of Emma in the library as part of the Jane Austen Festival read-through in celebration of the 200th anniversary of its publication.