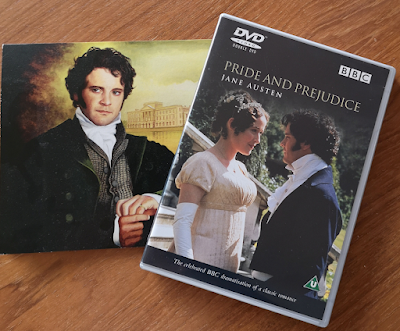 It is now 20 years since Colin Firth and Jennifer Ehle ‘became’ Darcy and Elizabeth Bennet for thousands of fans of Jane Austen’s Pride and Prejudice. For many, it was their first encounter with Austen’s wonderful characters and it brought her novel to a new audience – those who had never picked up her classic work and read her words for themselves.


Fifteen years before, I had eagerly watched an earlier BBC mini-series of Pride and Prejudice with David Rintoul and Elizabeth Garvie. I was so taken with it at the time that I watched it twice a week when it first came out (it was in the days before I had a video player let alone catch-up TV!). But it did not age well. The scenes that had so captivated me at the time later seemed rather wooden and I unhesitatingly transferred my devotion to the 1995 BBC mini-series as soon as it came out. I remain hopeful that someday another version will be made which will steal my allegiance, or at least share it, but it will take some beating.

In honour of its 20th anniversary this year, I thought I would look at some of the wonderful places used as filming locations in this, for me, unsurpassed version of Pride and Prejudice. Many are National Trust properties, but some are in private ownership and therefore not usually open for visits.

The National Trust village of Lacock was used to portray the village of Meryton, the home of Aunt Phillips and a frequent destination for the Bennet girls, particularly Lydia and Kitty who love to shop. Here are some pictures Andrew took when we visited Lacock in September - I'm afraid you will have to use your imagination to lose the cars! 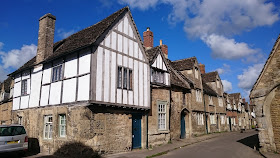 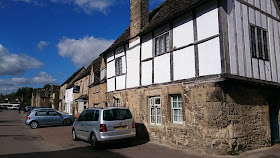 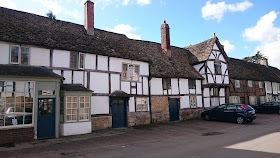 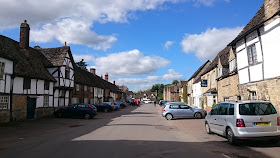 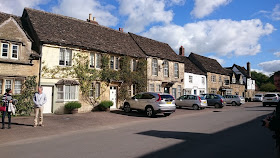 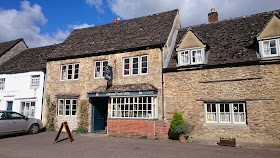 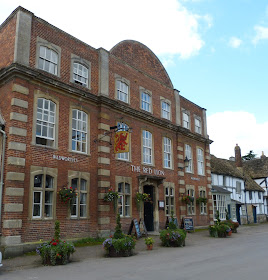 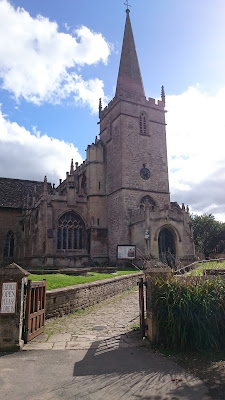 Lady Catherine de Bourgh’s magnificent home was filmed at Belton House in Lincolnshire. The house contains the famous desk where Darcy sits and writes his letter to Elizabeth after she has rejected his proposal of marriage.

Elizabeth Bennet’s tour of Derbyshire with her Aunt and Uncle Gardiner was filmed in Derbyshire and also in Staffordshire. Back in 2007, I found this rock in the Peak District that reminded me of the scene where Aunt Gardiner beseeches her niece to take care and Elizabeth utters the line “Beautiful” as she looks at the scenery laid out before her.

The exterior shots of Pemberley were filmed at Lyme Park in Cheshire. Who can forget Elizabeth’s first sight of the house across the lake?

Or the courtyard where Darcy rushes down the steps having hastily dressed after his famous swim in the lake?

Or indeed the garden where Darcy humbly asks Elizabeth whether he can introduce his sister to her?

But if you go inside Lyme Park expecting to recognise the internal views of Pemberley, you will be disappointed. The interior of the house was not filmed here, but inside two different National Trust properties – Sudbury Hall in Derbyshire and Lacock Abbey in Wiltshire.

Lacock Abbey was also used for Darcy’s flashback to his time at Cambridge while writing his letter to Elizabeth. He strides along the corridor and bursts in on Mr Wickham and a lady in a state of semi-undress, to illustrate Darcy’s knowledge of his dissolute character.

Looking at all those pictures is making me feel nostalgic. It must be time for another viewing of Pride and Prejudice and Colin Firth in his wet shirt...

All photos apart from the two shared under a Creative Commons Licence are by Andrew Knowles © regencyhistory.net.
Rachel Knowles
Share