Last Saturday, I donned my Regency outfit and took part in the Jane Austen Festival 2016 Regency Promenade in Bath. It was the third time that I had taken part – and the first time that it had rained sufficiently for me to require the services of an umbrella! Fortunately, like Captain Wentworth, I had “equipped myself properly for Bath”(1) and was armed with a large black umbrella which shielded me (and various of my walking companions) from the worst of the weather. 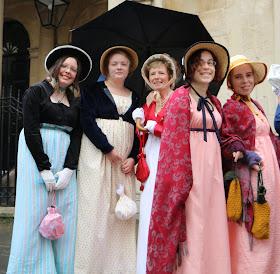 It was a shame it rained, but fortunately the walk ended back at the Assembly Rooms this year rather than in the Parade Gardens and we were able to shelter from the rain as we looked around this year’s Festival Fayre. The wonderful Charles Burns, The Roving Artist, was there, cutting silhouettes as beautifully as ever – always a real highlight of the fayre. 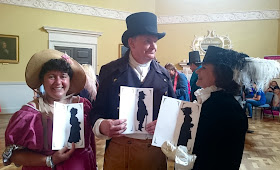 It was good to catch up with Janeite friends from earlier festivals as well as meeting up with some people that I had previously only known via Twitter and Facebook. 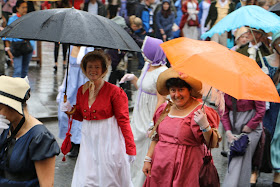 Andrew videoed virtually everybody promenading. If you took part in this year’s parade, you should be able to spot yourself. Let’s hope that next year is drier! 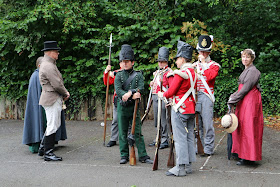 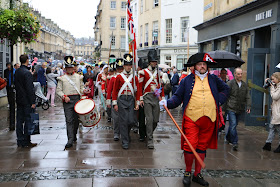 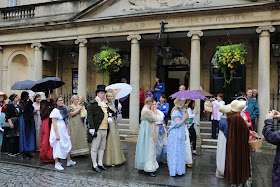 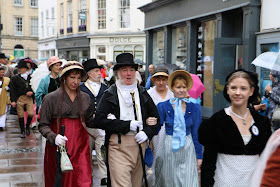 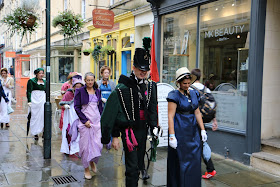 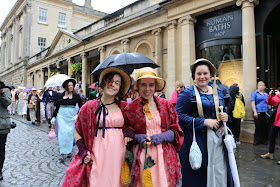 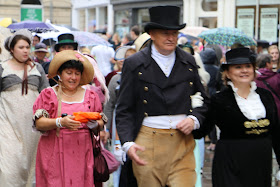 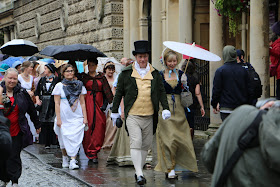 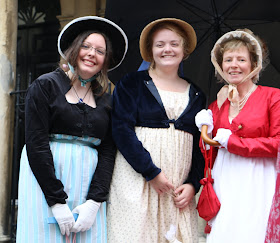 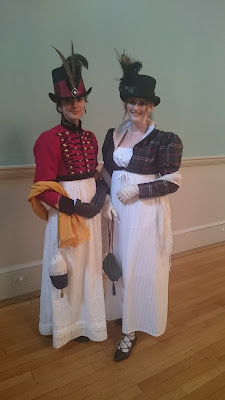 Here are the links to previous Jane Austen Festival Promenades in Bath:
2015
2014