How would you treat sprains and bruises in the Regency?

How would a Regency lady treat a sprained ankle?

There is a skating scene in A Reason for Romance where my heroine’s sister Eliza falls and badly sprains her ankle. I researched what would have been done and how long such an injury would keep her out of action. I wanted to know whether it would be reasonable for her accident to make her miss the season.


Of course, one of the best types of research is a re-enactment. This was not a piece of research I intended to do! No, I wasn’t skating. I merely missed my footing as I stepped outside my front door for my daily exercise during lockdown. Four weeks later, I can walk again, but my leg is still sore, and my ankle a bit swollen and aches if I do too much. I certainly won’t be up for a ball anytime soon and have every sympathy with Eliza who was forced to miss the whole season as a result of her accident.


The danger of sprains and strains

Strains are often attended with worse consequences than broken bones. The reason is obvious; they are generally neglected. When a bone is broken, the patient is obliged to keep the member easy, because he cannot make use of it; but when a joint is only strained, the person, finding he can still make a shift to move it, is sorry to lose his time for so trifling an ailment. In this way he deceives himself, and converts into an incurable malady what might have been removed by only keeping the part easy for a few days.1 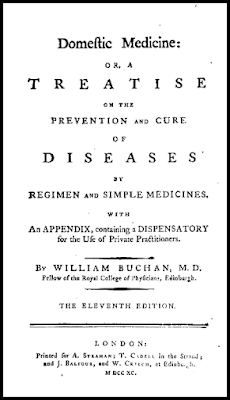 Country people generally immerse a strained limb in cold water. This is very proper, provided it be done immediately, and not kept in too long.2

Wrapping a garter, or some other bandage, pretty tight about the strained part, is likewise of use. It helps to restore the proper tone of the vessels and prevents the action of the parts from increasing the disease. It should not however be applied too tight.3

The treatment of almost every ailment in Georgian times seemed to involve bloodletting or bleeding!

I have frequently known bleeding near the affected part have a very good effect.4

What we would recommend above all is ease. It is more to be depended on than any medicine, and seldom fails to remove the complaint.5

A great many external applications are recommended for sprains, some of which do good, and others hurt. The following are such as may be used with the greatest safety, viz. poultices made of stale beer or vinegar and oatmeal, camphorated spirits of wine, Mindererus’s spirit, volatile liniment, volatile aromatic spirit diluted with a double quantity of water, and the common fomentation, with the addition of brandy or spirit of wine.6

If you are interested, I discovered that Mindererus’s spirit is an aqueous solution of acetate of ammonium named after a Augsburg physician called Minderer (but I confess that doesn’t actually make me any the wiser as I’m not at all medically minded!)

Dr Buchan believed bruises were as much a problem as sprains:

Bruises are generally productive of worse consequences than wounds. The danger from them does not appear immediately, by which means it often happens that they are neglected.7

In slight bruises it will be sufficient to bathe the part with warm vinegar, to which a little brandy or rum may occasionally be added, and to keep cloths wet with this mixture constantly applied to it. This is more proper than rubbing it with brandy, spirits of wine, or other ardent spirits, which are commonly used in such cases.8

In some parts of the country the peasants apply to a recent bruise a cataplasm of fresh cow-dung. I have often seen this cataplasm applied to violent contusions occasioned by blows, falls, bruises, and such like, and never knew it fail to have a good effect.9

A cataplasm is a poultice or plaster. This sounds like a particularly smelly and unpleasant remedy!

When a bruise is very violent, the patient ought immediately to be bled.10

His food should be light and cool, and his drink weak, and of an opening nature; as whey sweetened with honey, decoctions of tamarinds, barley, cream-tartar-whey, and such like.11

I didn’t know what a tamarind was, let alone a decoction of tamarinds! According to the BBC website, it is a tart fruit from the tamarind tree which tastes like a sour date. The fruit is shaped like a long bean which contains a sour pulp of seeds which can be made into a paste. It is a key ingredient in Worcestershire sauce.12

I found a recipe for a decoction of tamarinds in Thomas Fuller’s Pharmacopoeia Extemporanea (1719):

A Decoction of tamarinds
Take tamarinds 2 ounces; raisins stoned 4 ounces; boil in fair water 3 pints to 1 quart which strain.
It restrains the Flame of the Blood, allayeth unquenchable Thirst, humects, loosens, and is proper for constant Drink, in those Fevers that bring with them Costiveness, Drought, and parching Heat.13

The bruised part must be bathed with vinegar and water, as directed above; and a poultice made by boiling crumb of bread, elder-flowers, and camomile-flowers, in equal quantities of vinegar and water, applied to it. This poultice is peculiarly proper when a wound is joined to the bruise. It may be renewed two or three times a-day.14


In a most friendly manner Mr. Heywood here interposed, entreating them not to think of proceeding till the ankle had been examined and some refreshment taken, and very cordially pressing them to make use of his house for both purposes.
‘We are always well stocked,’ said he, ‘with all the common remedies for sprains and bruises.’16

Unfortunately, Jane Austen didn’t tell us what these remedies were.

Later, Mr Parker’s sister Diana hears about his accident and writes to him:


If indeed a simple sprain, as you denominate it, nothing would have been so judicious as friction, friction by the hand alone, supposing it could be applied instantly. Two years ago I happened to be calling on Mrs. Sheldon when her coachman sprained his foot as he was cleaning the carriage and could hardly limp into the house, but by the immediate use of friction alone steadily persevered in (and I rubbed his ankle with my own hand for six hours without intermission) he was well in three days.17

I’m glad Diana didn’t get her hands on my ankle – it sounds very painful!

I suppose immersing in cold water is a similar idea to ice treatment – I got my frozen peas on my swollen ankle promptly. I used witch hazel gel and later arnica for the swelling and bruises – no bloodletting or cow dung poultices, I hasten to add. I used an elasticated bandage for support but above all, plenty of rest, as recommended by Buchan.

Sources used include:
BBC website
Buchan, William, Domestic Medicine: or, a treatise on the prevention and cure of diseases (1790, 11th edition)
Fuller, Thomas, Pharmacopoeia Extemporanea or a body of medicines (1719)
Rachel Knowles
Share