Lunch in the Regency

I eat breakfast in the morning and usually eat dinner or supper (terms I use interchangeably) in the evening. The meal I eat in the middle of the day, I call lunch, and it is a lighter meal than dinner.

I have already blogged about breakfast in the Regency here. But what about lunch?

Did people eat a meal in the middle of the day in the Regency period? Was it called lunch? And if so, what did they eat?

There are two words that seem to be most often used for a lunchtime snack in Regency literature: luncheon and nuncheon.1 But what do these words mean?

Samuel Johnson’s Dictionary of the English Language (1785) defines both terms:

Lunch or luncheon: As much food as one’s hand can hold.

Nunchion: A piece of victuals eaten between meals.2

In both cases, it seems to refer to a quantity of food rather than a meal. What we, perhaps, would call having a bite to eat, taken at no set time.

To complicate matters, an earlier dictionary by Thomas Dyche (1771) gives the following entry:

Nunchion or lunchion: A meal between the set time of dinner and supper; or a piece out of the cup-board that boys get as soon as they come home from school.3

This suggests that luncheon was a meal taken in the afternoon and not at what we would call lunchtime at all!

When did you eat luncheon in the Regency?

At first sight, Dyche’s definition of nunchion or lunchion is confusing, but I think it can be explained by the gradual shift of the dinner hour from noon to later in the day.

Dinner: The chief meal; the meal eaten about the middle of the day.4

But by the early 1800s, dinner was no longer eaten at noon, but later. How much later is the subject of another blog on Regency dinnertime, but about 5 o’clock would not be unusual.

As the gap between breakfast and dinner grew, there was now a need for something to eat around noon (which used to be dinnertime) rather than in the afternoon ( which was the new dinnertime).

Hence, Johnson referred to quantity of food eaten rather than the timing of it, which had changed.

Lunchtime snacks were readily available for purchase. Louis Simond wrote of his visit to Britain in 1810-11:

Pastry-cook shops, which, about the middle of the day, and of the long interval between breakfast and dinner, are full of decent persons of both sexes, mostly men, taking a slight repast of tarts, buns, &c, with a glass of whey; it costs 6d or 8d sterling. A young and pretty woman generally presides behind the counter, as in the coffee-houses of Paris.5

Luncheons and nuncheons in Austen’s novels

In her novels, Jane Austen’s characters often had something to eat between breakfast and dinner. The terms nuncheon and luncheon seem particularly to apply to lunchtime meals taken at inns.

In Sense and Sensibility, Willoughby stops to eat during his journey:

“I left London this morning at eight o'clock, and the only ten minutes I have spent out of my chaise since that time procured me a nuncheon at Marlborough.”6

In Pride and Prejudice, Lydia and Kitty “treated the other three with the nicest cold luncheon in the world” at the George inn:

These two girls had been above an hour in the place, happily employed in visiting an opposite milliner, watching the sentinel on guard, and dressing a salad and cucumber.

After welcoming their sisters, they triumphantly displayed a table set out with such cold meat as an inn larder usually affords, exclaiming, “Is not this nice? Is not this an agreeable surprise?”

“And we mean to treat you all,” added Lydia, “but you must lend us the money, for we have just spent ours at the shop out there.”7 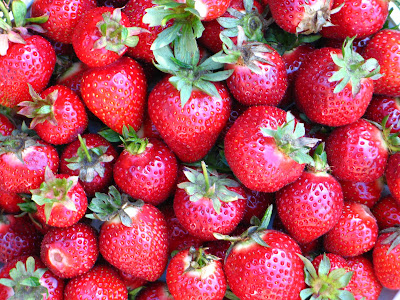 Other lunchtime eating is mentioned, but doesn’t seem to be referred to by any particular name. In Pride and Prejudice, Mrs Gardiner and Elizabeth Bennet pay a morning call on Miss Darcy at Pemberley and are seated in the saloon when presented with cold meat, cake and fruit.

The next variation which their visit afforded was produced by the entrance of servants with cold meat, cake, and a variety of all the finest fruits in season; but this did not take place till after many a significant look and smile from Mrs Annesley to Miss Darcy had been given, to remind her of her post. There was now employment for the whole party – for though they could not all talk, they could all eat; and the beautiful pyramids of grapes, nectarines, and peaches soon collected them round the table.8

In Mansfield Park, a large party descends on Mr Rushworth to inspect his estate and suggest improvements:

After the business of arriving was over, it was first necessary to eat, and the doors were thrown open to admit them through one or two intermediate rooms into the appointed dining-parlour, where a collation was prepared with abundance and elegance. Much was said, and much was ate, and all went well.9

According to Johnson’s dictionary (1785):

Collation: A repast; a treat less than a feast.10

After examining the lower part of the house, Mr Rushworth encourages them to move outside to survey the grounds, worried that they will run out of time, saying:

This suggests that the collation was probably eaten around midday – lunchtime – but it is not referred to as luncheon.

In Emma, Mrs Elton emphasises that the strawberry picking party is “a morning scheme” and is in favour of sitting under the trees to eat. Mr Knightley has other ideas:

“My idea of the simple and the natural will be to have the table spread in the dining-room. The nature and the simplicity of gentlemen and ladies, with their servants and furniture, I think is best observed by meals within doors. When you are tired of eating strawberries in the garden, there shall be cold meat in the house.”12

In Northanger Abbey, cold meat was eaten between breakfast and dinner, on Sunday at least:

The next day afforded no opportunity for the proposed examination of the mysterious apartments. It was Sunday, and the whole time between morning and afternoon service was required by the general in exercise abroad or eating cold meat at home; and great as was Catherine’s curiosity, her courage was not equal to a wish of exploring them after dinner, either by the fading light of the sky between six and seven o’clock, or by the yet more partial though stronger illumination of a treacherous lamp.13

In Northanger Abbey, Maria Thorpe gives Catherine a report of the outing that she missed. Lunch consisted of a bowl of soup:

They had driven directly to the York Hotel, ate some soup, and bespoke an early dinner, walked down to the pump-room, tasted the water, and laid out some shillings in purses and spars; thence adjourned to eat ice at a pastry-cook's, and hurrying back to the hotel, swallowed their dinner in haste, to prevent being in the dark.14

During my research, I came across another word that could refer to a lunchtime meal:

Nooning: Repose or repast at noon.15

Nooning: Any exercise or refreshment done or taken at noon, or the middle time of the day.16

My research suggests that a meal was eaten, at least on some occasions, by some people, between breakfast and dinner. Sometimes, particularly if eaten at an inn, it was referred to as a nuncheon or luncheon. The meal seems to have been informal, and was not always eaten sat around a dining table.

Eating lunch may not have been universal in the Regency. But then, is it today? I know of a number of people who eat little if anything between breakfast and dinner, whereas lunch is a well-established meal in our household.

1.       Nuncheon and luncheon seems to vary in spelling and are sometimes spelt nunchion and lunchion. I have used the first spelling apart from direct quotes.

Cruickshank, Dan and Burton, Neil, Life in the Georgian City (1990)

Johnson, Samuel, A Dictionary of the English Language (6th edition 1785)