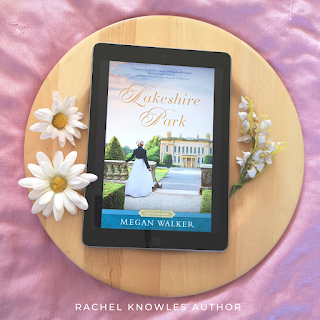 An engaging enemies-to-lovers romance set at a house party

Amelia Moore’s stepfather is about to die and when that happens, Amelia and her sister Clara will be destitute. An invitation to Lakeshire Park, the home of Sir Ronald Demsworth, is their last chance to avoid penury. Sir Ronald admired Clara during their London season, and Amelia will do anything to secure this match for her sister. Unfortunately, Peter Wood and his sister Georgiana are at the same house party. And Peter is just as determined to secure the match with Sir Ronald for his sister.

It is a while since I read a house party romance and I enjoyed the informality of the setting compared with the London season and the banter between the hero and heroine. There are a number of quotable lines and Walker wove historical details throughout the story, such as the mention of Brighton Pavilion, an officer on half pay, and the importance of gloves.

I felt the tension building as the book moved towards the climax and I really liked the final plot twist.  Although I knew the hero and heroine had to get together (it is a romance, after all), Walker kept me guessing as to quite how the situation was going to be resolved. 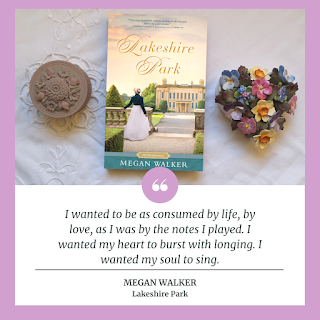 A cheer for the baronet

I am a big fan of knowing when a book is set rather than trying to guess and Walker states clearly at the start that Lakeshire Park is set in 1820. It was an interesting year to pick as the Regency ended in January with the death of George III and fashions during the early months of the season would have been influenced by the court being in mourning. However, I am happy to assume that the Moores went to London after Easter and were largely unaffected by this.

It would have helped me to know which month we were in when the book opens as well. I tried to work it out, but struggled. By my reckoning, three weeks after the season ended would probably put the house party in July or the beginning of August, depending on when Amelia and her sister left London. This doesn’t quite tally with the blackberry picking which I would have expected to be a little later, at the end of the summer, in late August or September.

I have noticed that many Regency authors struggle with the hours of daylight in the UK. In southern England in late August, the sun rises around 6am and sets around 8pm.

This means that the light would not be fading before a 6 o’clock dinnertime.

It also means that Clara would have had to get up extremely early to see the sunrise in Brighton! I have no geographical sense whatsoever, but my husband tells me it would also be impossible to see a sunrise over the Channel from Brighton in the summer.

Walker has some unusual word choices which sent me scurrying for my etymological dictionary, but for the most part, they were spot on, and broadened my historical vocabulary. I’m not convinced about beachgoers, though. Georgians didn’t really ‘go’ to the beach. They walked along the promenade, enjoying the sea air, and went sea bathing – which was more dipping than swimming. You can read more about sea bathing in the Regency here.

I was particularly interested to discover that the word ‘fall’ for autumn which we don’t use here in the UK, used to be used in England too! That was a revelation to me.

For me, the sentence structure was a little different from what I would have expected at times, and I found this a bit distracting.


I am sure other readers will get lost in the romance of the story and won’t be bothered by such things, but there were a number of times when I questioned the probability of what was happening. Of course, it is fiction, and so anything can happen, but some things are less believable than others, particularly in a historical context, by someone like me, who knows the period well.

There were also a few points of etiquette that didn’t sit right with me. For example, I could not believe that Lady Demsworth would have been so rude as to rise from the table before one of her guests had finished eating their dessert.

Improbabilities aside, by the end of the story, I was thoroughly invested in the characters and desperate to see how the situation could possibly resolve.

Heat level is low – nothing more than kisses.

Mild swearing – nothing worse than deuced, gads and blast

A sweet enemies-to-lovers romance with engaging banter and a clever final plot twist that took me by surprise.