Book review: Behind the Light of Golowduyn by Deborah M Hathaway 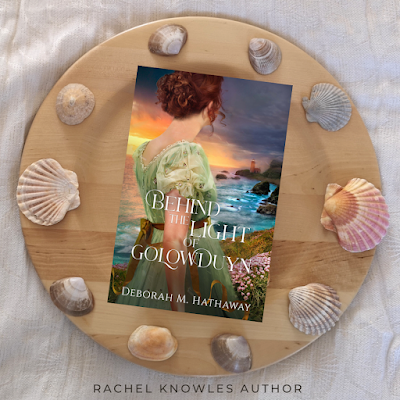 A thrilling tale of rescue and romance

A restless captain looking for purpose. A lonely woman fighting to keep the only home she’s ever known – the lighthouse of Golowduyn. When Abigail Moore rescues Captain Gavin Kendricks from his sinking ship, she little realises that he’s about to rescue her back.

I was captivated by this gripping story from the first chapter. Living on the south coast of England, I am well aware of how treacherous parts of the coast can be, and I thought Hathaway painted the rugged Cornish scene beautifully.

As always, I appreciated being given a specific date – 1815 – when the novel is set.

I don’t know much about lighthouses and how Trinity House operated in the 1800s, but Hathaway has clearly done loads of research into this, and the details certainly convinced me. And having climbed to the top of our lighthouse in Weymouth, the effort required to mount the steps is no exaggeration.

I thought it was a great idea to include a pronunciation guide for the Cornish names. It sounded genuine so I was surprised to look up the names to discover that, as far as I could tell, neither Golowduyn nor the Dulatha Cliffs were real places! 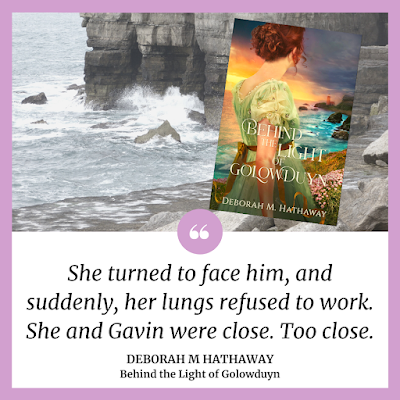 One of the key threads in the story is based on the lighthouse’s contract with Trinity House. An important letter arrives from Trinity House, prepaid and delivered to the door by a postman on horseback. This got me thinking about the postal service to a remote place like Cornwall.

Letters travelling by post were delivered for free if they were franked by a member of parliament – that is, the name and address were inscribed by him. The delivery of other letters was paid for by the recipient. I haven’t been able to find a reference that suggests there was any other way for a letter to be prepaid at this date.

But were the letters delivered to the door?

In Jane Austen’s Emma, Jane Fairfax is scolded for going out to the post office in the rain. Mrs Elton declares:

The man who fetches our letters every morning (one of our men, I forget his name) shall inquire for yours too and bring them to you.1

This would imply that people made their own arrangements to fetch letters from the post office.

In Pride and Prejudice, letters were delivered to Mr Bennet’s house:

Every day at Longbourn was now a day of anxiety; but the most anxious part of each was when the post was expected. The arrival of letters was the grand object of every morning’s impatience.2

I think, perhaps, that the letter from Trinity House is more akin to the letter received by Mr Bennet from Colonel Forster, telling him of Lydia’s elopement:

An express came at twelve last night, just as we were all gone to bed, from Colonel Forster, to inform us that she was gone off to Scotland with one of his officers; to own the truth, with Wickham!3

One term that confused me a little was the use of the word ‘living’. Hathaway referred to Abigail’s uncle using his living to fund the building of the lighthouse. I am used to hearing of a rector’s means of income being referred to as a living, but not anyone else’s. I assume this term was referring to his income from other means and not suggesting that he was a rector.

Heat level low. Some references to prayer. A bit more gritty than your normal Regency romance with moderate trauma/violence/accident including death and references to capital punishment.