Richard Brinsley Sheridan (30 October 1751 - 7 July 1816) was an Irish playwright and Whig MP. His most famous works include The School for Scandal and The Rivals.

Here is a selection of quotes from Sheridan's life and works.


1. “In all undertakings which depend principally on ourselves, the surest way not to fail is to determine to succeed.” In a letter to Mr Linley (1776)1

2. “The Right Honourable gentleman is indebted to his memory for his jests, and to his imagination for his facts.”
Speech in reply to Mr Dundas in the House of Commons1

3. On 24 February 1809, Sheridan's theatre, the Drury Lane, burnt down. When his calmness was commented on by a friend who met him at the Piazza coffee house, watching his theatre burn, he is reputed to have said:

“A man may surely be allowed to take a glass of wine by his own fireside.”1


4. “You write with ease, to show your breeding,
But easy writing’s vile hard reading.”2

5. “A bumper of good liquor
Will end a contest quicker
Than justice, judge or vicar.”3

6. “Conscience has no more to do with gallantry than it has with politics.”3

8. “You blockhead, never say more than is necessary.”4

10. “’Tis safest in matrimony to begin with a little aversion.”4

13. “She’s as headstrong as an allegory on the banks of the Nile.”4

14. “Our ancestors are very good kind of folks; but they are the last people I should choose to have a visiting acquaintance with.”4

15. “The quarrel is a very pretty quarrel as it stands – we should only spoil it by trying to explain it.”4

17. “To smile at the jest which plants a thorn in another’s breast it to become a principal in the mischief.”5

18. “You shall see them on a beautiful quarto page where a neat rivulet of text shall meander through a meadow of margin.”5

19. Mrs Candour: “I’ll swear her colour is natural – I have seen it come and go.
Lady Teazle: “I dare swear you have, ma’am; it goes of a night and comes again in the morning.”5

20. “An unforgiving eye, and a damned disinheriting countenance!”5

22. “The newspapers! Sir, they are the most villainous – licentious –abominable – infernal – Not that I ever read them – No – I make it a rule never to look into a newspaper.”6

23. “If it is abuse, - why one is always sure to hear of it from one damned goodnatured friend or another!”6

24. “There is not a passion so strongly rooted in the human heart as envy!”6

26. “The number of those who undergo the fatigue of judging for themselves is very small indeed.”6 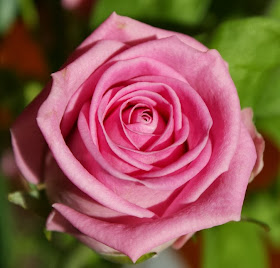 Other collections of quotes:
Quotes by Lord Byron
Quotes by Beau Brummell
Quotes from Pride and Prejudice